Get Rid of Your Dish Rack: The Benefits of a Small Team 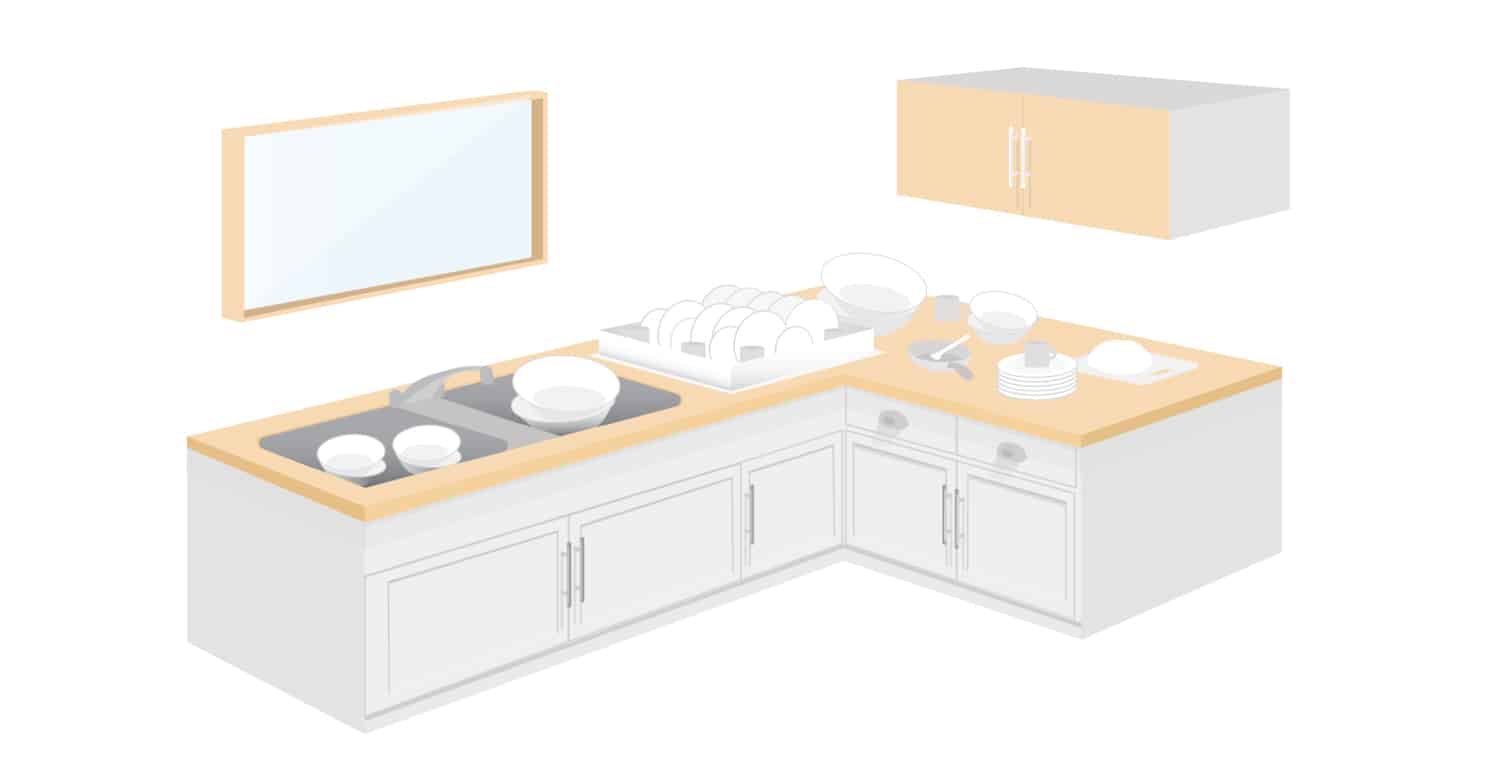 Am I really going to talk about a dish rack? Yes, and why I think you should not have one at home or in the workplace.

In my junior year of college, I had a small kitchen, so small my dish rack would not fit if I wanted any space for cooking. As a result, I ended up without a dish rack, but lots of kitchen towels. I figured I would have to dry my dishes right after washing them.

I began seeing a lot of benefits in my kitchen space, including the way I felt after cooking and cleaning.

First, and most importantly, I was reducing the amount of time it takes a dirty dish to get back to its corresponding shelf. As I started cleaning, I would not let go of the plate—I picked it up, washed it, then dried it with a cloth towel, and in the same motion, put it away. Do this on repeat for all the items I have, and instead of being somewhat done when placing dishes on the dish rack or in the dishwasher, I have nothing to worry about, until I have to use them again. The whole process felt shorter because I had condensed a two-part activity into one.

A second benefit—a tiny and very well organized kitchen with fewer glasses and plates falling off the dish rack. The kitchen felt tidier and bigger, providing more space for me to cook. Eliminating the dish rack opened the kitchen space for new ways of cooking, making me feel better and ultimately causing me to return to the kitchen more frequently.

As I started working at Harmonic, I was struck by a parallel between the way I (still) clean my kitchen, and the dynamic of a few designers playing many roles and limiting transitions of knowledge and responsibility in a project. As a result of limiting transitions, we have less tacit knowledge lost as the project progresses. Harmonic has very few transitions (what I call dish racks)—the teams are formed at the beginning of the project and those designers try new methods and play different roles as needed to complete the jobs and fulfill the client's expectations. On the contrary, having too many roles/actors and transitions limits teams to specific tasks, deteriorates motivation, and eventually impacts their professional development.

Imagine a designer who aims at being a good storyteller, researcher, and strategist. This designer is always assigned to do the visuals or the sketching in the project. It is a safe assumption to say that they won’t get much practice on research or strategy right?

In this analogy, the storytelling designer is the person who needs to pick up the dishes from the dish rack after the rest of the team left it to finish drying. This person has no knowledge or interaction with what happened before and doesn’t know what the intended outcome is (other than from instructional notes).

Remember the first benefit? I had condensed a two-part activity into one. This benefit specifically relates to reducing the team size. Why is this seen as a benefit? Well, it just happens that when too many people are in a project, this causes delays and complications. Frederick Brooks says “adding people to a project makes it later because it increases the amount of communication needed and this slows down progress.” More communication means less time to do the other important work necessary to finish the project.

The second benefit comes as a consequence of the first. Reducing the team size will help you gain more time and productivity, as well as help your designers be holistically engaged, by allowing them to hold the entire problem in their mind and then see the fulfillment of their efforts. Dan Ariely says “when we take tasks and break them down into smaller parts, we create local efficiencies, each person can become better and better at a thing they do but in doing so companies run the risk of taking away the sense of big picture, sense of purpose, and sense of completion that employees should be experiencing.” Allowing employees to experience meaning in their work is what will motivate them.

“When we take tasks and break them down into smaller parts, we create local efficiencies, each person can become better and better at a thing they do but in doing so companies run the risk of taking away the sense of big picture, sense of purpose, and sense of completion that employees should be experiencing.”

Often companies have transitions of knowledge and responsibility from one area of the company to the next when a transition probably is not needed. Instead of bringing the storyteller late in the project, what if they join at the beginning of the project? Allowing them to be involved, learn, contribute, and become a more valuable and holistically engaged designer for the company in the long run. This approach would translate into fewer transitions, less tacit knowledge lost as the project progresses, leading to a less messy end for the project. Because who wants to cook in a messy kitchen?

I have been poking around in the depths of many service delivery operations, developing a sort of service x-ray vision. This vision comes into use for handling life’s mundane unpleasantries like successfully negotiating the bill or fee.

Given its strategic, integrative, multidisciplinary scope, Service Design is particularly zoomy, so it is unsurprising that altitude-based frameworks and analogies are frequently used in the Service Design world.

Read More
Summer Internship Reflections and Advice
This Is Harmonic

Summer 2020 interns, Berri and Chris, share their biggest challenges, our most important takeaways, and some advice for future interns.