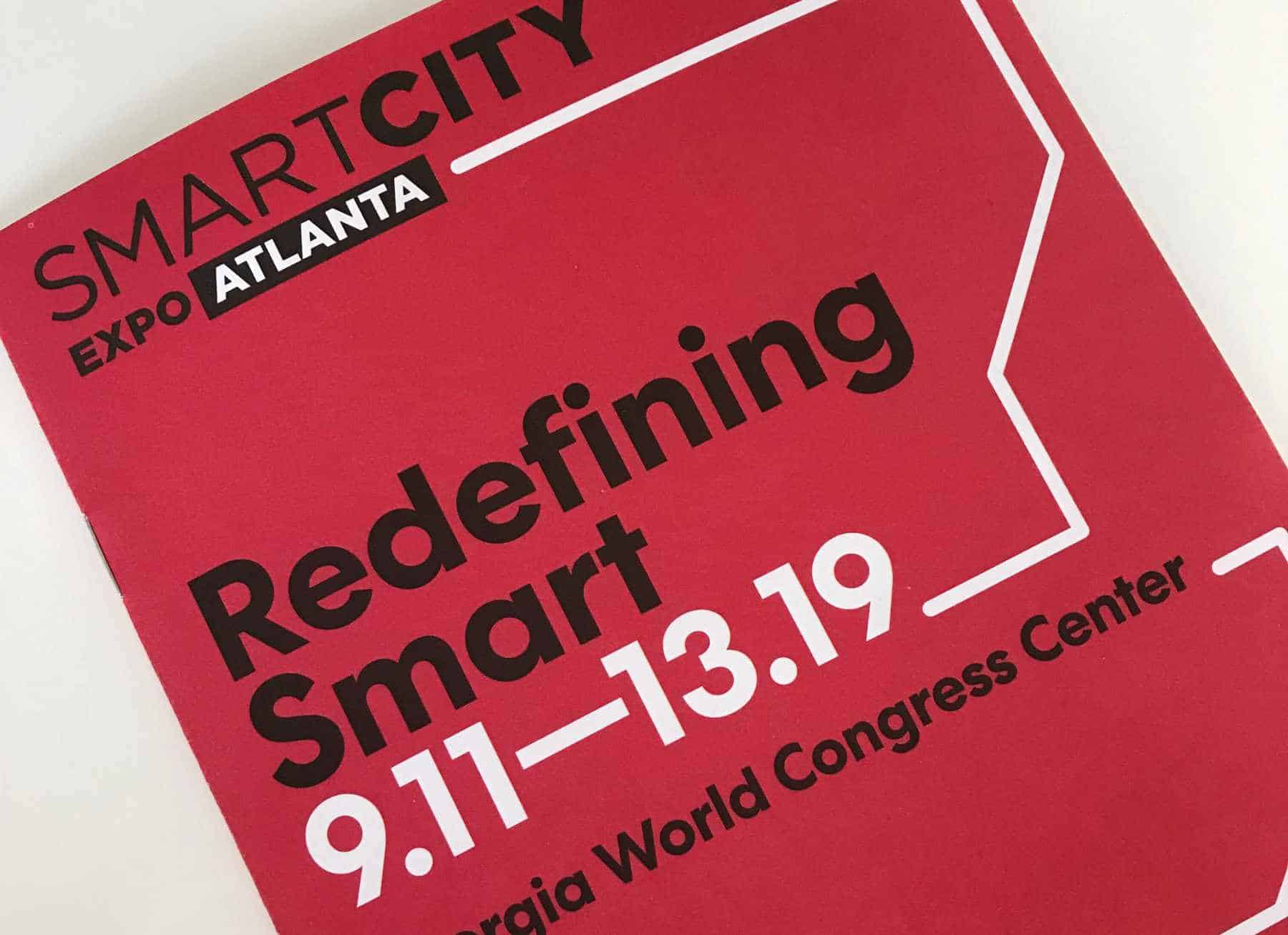 Redefining Smart was the theme of a conference that brought together US Mayors, CEOS, community activists, wave-making journalists, and at least one very curious and skeptical service designer to explore the definition of the term “smart city.” My major takeaway: a smart city is one that proactively works to enable simple connectivity for citizens.

I heard about connecting citizens to high-speed internet, physically connecting communities through transportation, connecting citizens to issues in their communities through local journalism, and simplifying the connections between city departments for smoother operations. These goals resonate with me as a service designer who tackles the tensions between human needs and the complexities of organizations. I was personally happy to see the focus on using these connections to make cities more equitable and accessible places for citizens who have been historically disenfranchised.

Here are a few highlights:

“SHOW ME A NEIGHBORHOOD WITHOUT ACCESS TO HIGH-SPEED INTERNET, AND I’LL SHOW YOU THE POOREST NEIGHBORHOOD IN THE CITY.”

During a panel on implementing equitable infrastructure, participants Clayton Banks, CEO of Silicon Harlem, and former Mayor of Philadelphia, Michael Nutter, emphasized the necessity of having access to high-speed internet in every home in order for low-income neighborhoods to thrive. When the moderator noted that most low-income individuals who lack high-speed internet in their homes at least have access through a smartphone, Banks prompted us to imagine filling out a job application or doing homework on a phone. This drives home his point that connectivity should be thought of as a civil right. These access barriers prevent whole communities from participating in our increasingly digital society. Throughout other panels, I heard officials from various cities announce that their municipal buildings and libraries offer free high-speed internet for public use. In contrast, members of this panel suggested that it should be considered an essential utility in every dwelling space, like hot water or electricity.

Like Bird Scooters, Olli could be a private-sector developed final-mile solution that could integrate into public transportation systems. But in public/private partnerships whose responsibility is it to ensure that new options are handicap accessible? I was not reassured when an audience member asked this question of Georgia Public Service Commissioner Tim Echols. His response: this is an issue that will work itself out. Meanwhile, a panel of major-city departments of disability commissioners petitioned the audience not to accept that issues of accessibility will work themselves out. They stressed that if designers of new civic solutions don’t include disabled individuals as members of their design teams, they at least need to test their solutions with paid subject matter experts and end users with physical or cognitive disabilities before pitching solutions to a city. A Local Motors representative assured the audience that the next version of Olli would be handicap accessible.

THE CHALLENGES OF DATA COLLECTION AND USE

New York City has recently been hit by a large lawsuit because the curbs at many intersections are not cut, making them unusable to citizens who use wheelchairs. In response, the city is currently deploying bikes equipped with lidar technology to catalog the status of every curb at every intersection across all five boroughs. Data dashboards are also providing insights that are changing the way New York doctors think about health care. The City Health Dashboard connects statistical data from a range of factors. It has been instrumental in showing how social factors contribute to health outcomes, such as how rising housing costs contribute to residents’ rising blood pressure.

Dashboards can provide useful insights, but they can also create confusion. The city of Cary, North Carolina, found itself drowning in murky data after realizing they had three data dashboards just to manage wastewater systems. However, Cary earns serious points from this service designer for what they did next: consolidating operations into a single city platform, One Cary. This will simplify all citizen interactions (especially 311 and 911 functions) and streamline backstage processes as well. They hold cross-functional meetings every month to discuss new initiatives that they are piloting. This helps them identify opportunities to reduce redundancy and improve outcomes through better cross-department collaboration. Cary officials also host a monthly citizen advisory board to get input from citizens.

Other government agencies shared how they collect quantitative data to learn about their constituents. For example, the Miami Dade Library uses surveillance cameras to generate quantitative data about how its customers use the library. I can’t help but wonder what would happen if they just did a little qualitative research, what they might learn faster? Throughout the conference a handful of politicians talked about listening to the communities they represent, but how is this really done? The Center for Civic Innovation is seeking answers to this question in depth. They have a current initiative to research how neighborhood planning units are working toward this goal.

THE SPOT PRICE OF YOU: WOULD YOU SELL YOUR DATA IF YOU COULD, OR SAVE FOR A SENSE OF PRIVACY?

Private companies are collecting and tracking your data: everything you like, where you go, your personal information, and selling it all for a profit. Panel members discussing the politics of identity believe that YOU should be profiting from sharing this data. Supposedly, you could make money just by moving through the world… very publicly. But how much is one person’s data worth?

When I was a poor grad student, I was momentarily lured in by the promise of making some side money by filling out surveys. I spent a few hours trying to make that work and (surprise!) got no money from it. Could one person generate any notable amount of money by sharing their preferences and behaviors directly with companies? Or does the profit model only work when another company collects thousands of people’s data that they can then sell to other companies? Who would sign on to the promise of making small amounts of money by giving up any privacy they have left?

An audience member asked whether this model would stratify our society even more by segmenting people who are willing to give up their privacy for minimal gains, and people who can afford to maintain some degree of privacy? This question was artfully not addressed by the panel. This is an example of the importance of understanding context and thinking through issues of equity and civic consequences when evaluating a business model that could have such sweeping effects on society. This highlights the importance of practices such as service design where understanding complex ecosystems are integral to our work.

LOCAL JOURNALISM IS A SERVICE WE CAN’T LIVE WITHOUT

Keeping communities informed and connected has always been the mission of local journalists. Unfortunately, they’re becoming an endangered species and it’s endangering our communities. In a fireside chat with the CEO and two investigative reporters of the Philadelphia Inquirer, moderated by editor in chief of the AJC, I learned about how certain kinds of in-depth reporting that have huge impacts on communities can only be conducted by local newspapers.

The panel shared the story of Toxic City, a three-year investigation that revealed Philadelphia was facing a lead crisis matching the severity of Flint, MI. With the help of teachers and affected families, the investigative reporting team found alarming levels of lead and asbestos in water and dust in public schools. Effective clean-up was only enacted by the city after this information was exposed through this reporting.

GETTING SMARTER ON SMART CITIES

I had an information-rich experience at the Smart Cities conference, and it has taken much reflection to come up with a few key takeaways: 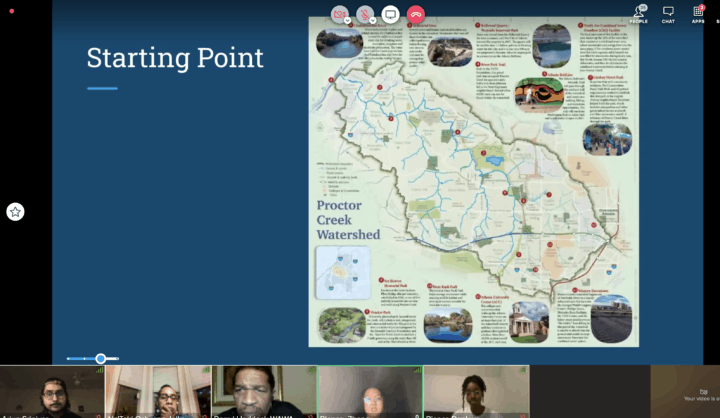 The Art of Facilitating Design Research 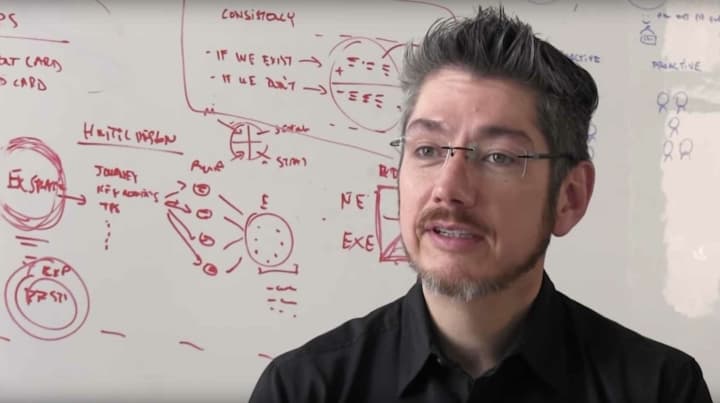 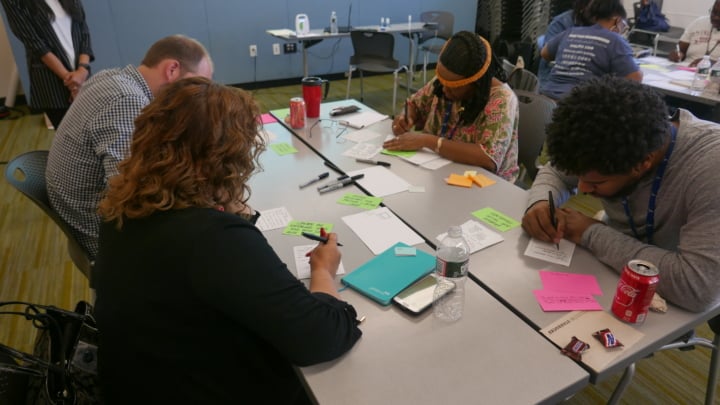